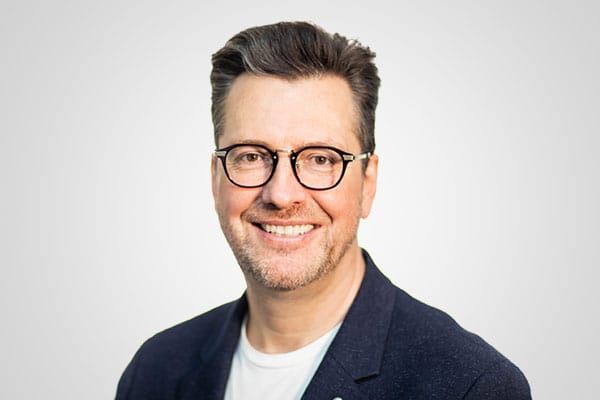 How Far Could God’s Grace Take You?

“But by the remarkable grace of God I am what I am, and His grace toward me was not without effect.”  Paul the Apostle – 1 Corinthians 15:10a AMP

If you’ve ever felt unsure of your own abilities or how far you can go with your life – look at Paul. If you’ve ever felt like you’ve made too many mistakes, missed too many opportunities and don’t deserve redemption – you must get to know Paul. Or maybe you’ve been under such intense stress and pressure that you’re not sure if you can take it. Again, we have this example in Paul.

From Worst Enemy to Greatest Friend

You might have been a troublemaker before you came to Christ, but Paul was on another level. He was the chief persecutor of the early church. He oversaw the stoning and execution of Stephen, the first Christian martyr. He tore families apart, putting men and women in prison for their faith. He forced the church in Jerusalem to scatter and flee the city.

Yet when Paul had an encounter with Jesus and experienced God’s grace, he went from being the worst enemy of the church to its greatest friend. By the end of his life, he contributed 14 of the 27 books in the New Testament and established churches throughout the known world.

Paul is proof that there is no limit to where God’s grace will take you.

No one worked harder, went farther, endured more and had more revelation than Paul and he says it was all God’s grace that allowed him to do it.

Look at what God’s grace accomplished in Paul.

Paul didn’t have the advantage of the early apostles who walked with Jesus as his disciples. He describes Christ appearing to him and him arriving later into God’s family like being the child of an unplanned pregnancy. And if Paul did have any advantage from his experience or education, he didn’t place any value on it.[1]

“…and last of all the LORD appeared to me also, as to one abnormally born. 9 For I am the least of the apostles and do not even deserve to be called an apostle, because I persecuted the church of God. 10 But by the grace of God I am what I am, and his grace to me was not without effect. No, I worked harder than all of them—yet not I, but the grace of God that was with me.” 1 Corinthians 15:8-10 NIV

Maybe you’ve looked at your own limitations or disadvantages or feel undeserving. Or maybe you do have the advantage of strong qualifications and education. Like Paul, recognize that your greatest advantage is the grace of God working in your life. His grace will energize you to work hard and accomplish so much more than you could in your own strength. Paul’s legacy and contribution to Christianity endures today because his tireless work was driven by God’s grace within him.

As Paul was growing in his relationship with the LORD, it wasn’t long before he got the call to travel:

“Now in the church at Antioch there were prophets and teachers… 2 While they were worshiping the Lord and fasting, the Holy Spirit said, “Set apart for me Barnabas and Saul (Paul) for the work to which I have called them.” 3 So after they had fasted and prayed, they placed their hands on them and sent them off.” Acts 13:1-3 NIV

The Bible doesn’t record anyone travelling more or going farther than Paul did. I’m sure Paul couldn’t have imagined all the places he would go, the friendships he would develop and the adventures he would experience as he went on his first mission.

Using the network of Roman roads and sea trade routes, Paul travelled across what is now Israel, Syria, Turkey, Greece and Italy – with the Bible mentioning 49 places that he visited. His journeys on foot alone covered 10,000 miles or five trips from Vancouver to Toronto. He planted churches in many of the cities he visited and returned to visit several of them.

As we grow in the grace of God we have no idea how far it will take us, or what amazing experiences or relationships we will treasure that God gives us. One day we’ll look back and be in awe of everything we got to be a part of and the doors of opportunity that were opened to us, just because we said yes to Jesus.

It’s ironic that the one who persecuted the church the most would eventually endure more persecution and suffering on more occasions than anyone else in the early church. Paul describes several imprisonments, floggings, stonings, near death experiences and multiple shipwrecks along with many other dangerous situations:[2]

“Besides everything else, I face daily the pressure of my concern for all the churches.”  2 Corinthians 11:28 NIV

Even though Paul handled huge pressure and endured an unbelievable amount of hardship, he was still human. He still had moments where he thought he was going to break. One time the devil sent a demon spirit, a “thorn in the flesh”, to attack Paul and he cried out to God to take it from him:

“But he said to me, “My grace is sufficient for you, for my power is made perfect in weakness.” Therefore, I will boast all the more gladly about my weaknesses, so that Christ’s power may rest on me. 10 That is why, for Christ’s sake, I delight in weaknesses, in insults, in hardships, in persecutions, in difficulties. For when I am weak, then I am strong.”  2 Corinthians 12:9-10 NIV

Many people struggle to understand this verse, but God was reminding Paul that there’s an abundance of His grace available within him to endure and overcome any challenge, no matter how large or small. Eventually, Paul recognized again that he already had all the grace, power and authority he needed to deal with this thorn in the flesh along with every other challenge that he was facing – and he did see God come to the rescue.[3]

Maybe you feel like you’re near your breaking point and you can’t take much more. Like Paul, we can be excited about our weaknesses and limitations because we know that regardless of the situation, God’s grace within us will be there to meet the moment and we’ll be more than able to endure and overcome. In fact, there’s no limit to the endurance His grace will give us.

God’s grace working in Paul gave him a hunger to seek God for revelation and to understand more fully the mysteries of everything concerning Christ. He received an abundance of “surpassingly great revelations”[4] by God’s grace. In fact, much of his letters to the churches in the New Testament are an unpacking of those revelations and mysteries:

“Surely you have heard about the administration of God’s grace that was given to me for you, 3 that is, the mystery made known to me by revelation, as I have already written briefly. 4 In reading this, then, you will be able to understand my insight into the mystery of Christ.”  Ephesians 3:2-4 NIV

“According to God’s grace that was given to me, I have laid a foundation as a skilled master builder, and another builds on it.”  1 Corinthians 3:10 CSB

The grace of God working in Paul allowed him to lay out foundational truth that the church continues to build on. Just like the revelation in Paul’s letters resonate and have a huge impact in our lives today, who knows what amazing revelation and illumination you could receive as you yield to God’s grace and seek Him in your times of prayer and Bible study. Just like the revelation in Paul’s letters were meant for us, maybe God will give you insight and show you something that will be a huge blessing to others and maybe even future generations.

If God’s grace working in Paul allowed him to work harder, go farther, endure more and receive more revelation than any of the contemporaries of his day, how far could God’s grace take you?