The Tale of Two Houses

Imagine for a moment that that your life is a house, and that every choice and decision you make will determine what your ‘house’ will be and the person that you will become.

Now, in the physical house you actually live in there are many qualities that you can see. You can see the décor, the colour scheme, the couch you bought at that crazy sale, and your favourite chair. But if you dug down below your flooring and all those decorative items there is also an unseen quality to your house that you can’t see. You know that beneath everything is a foundation, one that was formed long before the rest of the house was built. And even though you can’t see it, you know that the foundation is integral to the entire structure of your house.

In Matthew 7:24-27, Jesus illustrates the importance of building a house on a good foundation. He says:

24 “Anyone who listens to my teaching and follows it is wise, like a person who builds a house on solid rock. 25 Though the rain comes in torrents and the floodwaters rise and the winds beat against that house, it won’t collapse because it is built on bedrock. 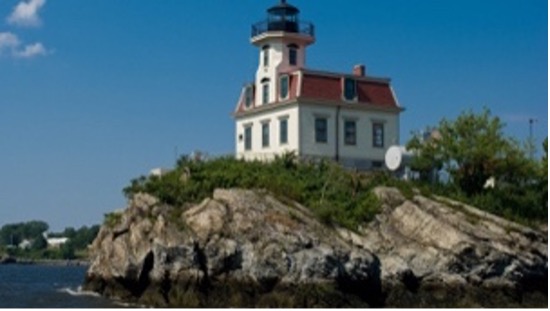 26 But anyone who hears my teaching and doesn’t obey it is foolish, like a person who builds a house on sand.27 When the rains and floods come and the winds beat against that house, it will collapse with a mighty crash.” 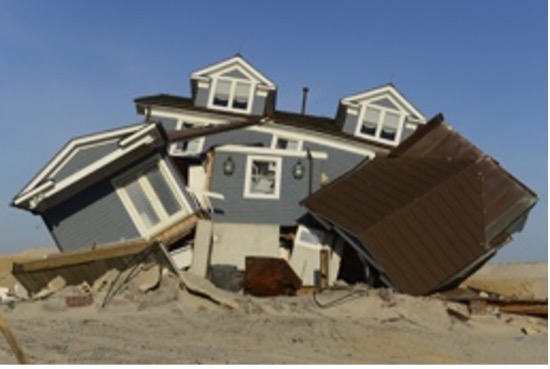 Two weeks ago, my family just happened to be vacationing in Florida during Hurricane Ian, the deadliest hurricane to hit the state in almost 100 years. We, along with 300 000 people were given evacuation orders. We left the beachside resort where we were staying and drove across a very long bridge that would later be closed due to rising waters, and then through heavy rain and lightning for several hours to get ourselves into the middle of the state. Shortly after we settled, the storm made landfall with sustained winds of over 185km/h.

When we went to tuck our kids into bed for the night the rain was beating so loudly against the windows and our area was still under a tornado watch.

“Who wants to sleep in the hall tonight?” my wife asked.

It turns out we’re experts at moving mattresses into hallways and bathrooms to find cozy, quiet, and SAFE sleeping conditions for our children. With every pot and jug filled with water that night in the kitchen, and candles and lighters beside our bed we hunkered down for the night. And yes, we were wondering a little bit about that rising lake behind our townhouse that we could only see in the daylight.

For two days we stayed indoors. We watched the news, listened to the rain and the wind, and thanked God for electricity. We know so many others weren’t so fortunate. At one point one kid said, “Remember that time we came to Florida to watch TV?” Levity during storms is a gift.

And then, the rain stopped, and the sun came back out. Neighbours began emerging from their houses, and the news kept rolling. In central Florida, where we evacuated to, there was severe flooding that affected over 3200 homes and 900 businesses. I’ve lived in BC my entire life and I have never experienced 360mm of rain in 24 hours. The storm was so big that they even closed Disney World for a few days. They almost never do that.

Over the course of those two days, we saw a lot of images of destruction on the news. There were many homes underwater, many homes enduring a wild storm.

Last weekend we heard an incredible story about how Jesus transformed former mob boss Michael Franzese’s life. If you missed it you need to go back and check it out. Growing up in church I often heard compelling testimonies about how Jesus saved people from a life of crime, violence, or addiction. I would hear stories about how people had built their lives on the sand and how they were full of so much regret. I’d also hear about the challenge it was to rebuild their lives.

I used to live on a busy intersection and at least once a week there was a big accident. We’d often be eating dinner and hear a big crash which made us run to the window to see what had happened. Mangled cars, glass, and car parts were briefly scattered on the street and many other people were stopping to take a look. Crashes are really compelling to look at… but have you ever been in a car crash? I’ve been in a couple and it’s terrifying.

Two years ago, I was coming down the road from Cypress mountain (probably too fast) when I hit some ice and spun around three times while hitting the side snowbank. It was not fun! My van was damaged on every side, and I was sore. It’s one thing to see a car accident. It’s a whole other thing to live through one.

It’s interesting to hear dramatic stories about how God can transform broken lives, but it’s easy to forget the pain and consequences that those stories often encompass. No one thinks that building something on sand is a great idea, because most of us have likely built sandcastles and seen what happens when the tide comes in. But every time we trade away future good for instant pleasure and ease, we are building our life on the sand.

26 But anyone who hears my teaching and doesn’t obey it is foolish, like a person who builds a house on sand.27 When the rains and floods come and the winds beat against that house, it will collapse with a mighty crash.”

There’s no way to go through life without going through storms. But it’s during those storms that your foundation is revealed. When that storm finally passes, you’ll be able to clearly answer the question: did you build your life upon the rock or the sand? The foundation we choose will determine the state of our house after we’ve endured the storm.

There are storms that we cause because of the choices we make, but there are also storms that are beyond our control, like hurricanes or disease. Our family went through covid and a cancer diagnosis at the same time. The winds were blowing strong and wild that year, but one night after the ‘storm’ had settled our family was talking about this story in Matthew of the two builders. I remember asking my kids a series of questions:

“Have we been through some storms as a family in the past while?” They all answered yes.

“Has mom been in a storm this past year?” They all nodded in agreement.

“Was she crushed by the storm?” I asked them.

“No, she’s basically the same,” one son quickly answered.

I agreed with his conclusion and told them that I truly believed that her stability in the midst of the storm was because she had built her life upon the rock. She survived the storm with a couple of broken windows and missing shingles, but overall, her ‘house’ had stood firm.

24 “Anyone who listens to my teaching and follows it is wise, like a person who builds a house on solid rock. 25 Though the rain comes in torrents and the floodwaters rise and the winds beat against that house, it won’t collapse because it is built on bedrock.

So, what Does Jesus want you to do? He wants you to listen to his teaching and follow it. Not to just hear it, but to put it into action.

What are you building your house on?

PrevPreviousThanksgiving – A Remedy for Unhappiness? 
NextHow to Recognize a Healthy Support GroupNext