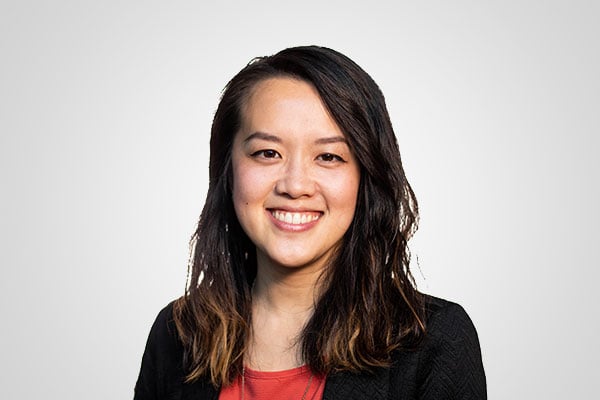 How Can I Have Courage to Trust God When I’ve Been Disappointed Before?

For many people, when they first become a Christian, everything is new and exciting. The love of God and the truth of His Word are wondrous to us. As time goes on, we learn to pray, read the Bible, memorize verses, and sing worship songs. We discover church community, if we haven’t already, godly mentorship, we are encouraged by weekly sermons and other amazing Christian resources. We understand that childlike faith is all we need in approaching God, after all, we are His children according to John 1:12, in fact, walking by faith is the only way to live as people of God (2 Corinthians 5:7). All of this sounds amazing and certainly it is! However, what we don’t always initially think about or prepare for as new Christians, and maybe even as more seasoned Christians, is how we will respond to hardships, loss, pain, persecution, and injustice. A significant struggle as Bible believing Christians is with having courage to trust God even when we’ve been disappointed before. In Pastor Dave’s sermon series on courage this summer, we learned recently about how important our worldview is when it comes to standing for truth (sermon titled: Courage to Stand for Truth). In other words, the foundational belief we have about the nature of life and its purpose will greatly affect our ability to trust in God and stand for the truth of His Word. The Bible is filled with examples of having faith in the midst of hardships and despite disappointments. One such example is Shadrach, Meshach, and Abednego in the book of Daniel, chapter 3. Their courageous trust in God despite past disappointment came from a clear knowledge of who their God is, a deep place of private worshipful prayer to God, and the encouragement of trusted friends.

Have a clear knowledge of who God is

When face to face with King Nebuchadnezzar being threatened with death in a burning fiery furnace for not bowing down to the gold image he set up, Shadrach, Meshach, and Abednego famously responded, “O Nebuchadnezzar, we have no need to answer you in this matter. If that is the case, our God whom we serve is able to deliver us from the burning fiery furnace, and He will deliver us from you hand, O king. But if not, let it be known to you, O king, that we do not serve your gods, nor will we worship the gold image which you have set up” (Daniel 3:16-18 NKJV). These three Hebrew men were not new to danger, hardship, disappointment or loss. After all, their lives in Babylon were a result of being taken captive away from their homeland to be indoctrinated into Babylonian culture from youth. Despite it all, they purposed in their hearts to remember their God, the God of Abraham, Isaac, and Jacob, the God of their ancestors, who they would have learned from young, had shown Himself faithful toward His people over and over again. Their worldview had been shaped as learned children and youth from royal descent to centre their lives around the one true God and His Word. In other words, they had a clear understanding of who their God was and what He was able to do in their lives. Their unwavering trust in the Lord was not affected by their past negative experiences, current challenging situation, nor their uncertain future. Their trust in the Lord was anchored in their relationship with and intimate knowledge of God.

Daniel would later prophesy this powerful truth, “but the people who know their God shall be strong, and carry out great exploits” (Daniel 11:32). How interesting that being strong and doing great things for God is not born out of becoming more skilled, or rich, or influential; rather, it is born out of having clear knowledge of who God is. No different than for Shadrach, Meshach, and Abednego, our knowledge of God comes from reading His Word, the Bible! This may seem simplistic and redundant to some, but nothing could be further from the truth. Reading the Bible in its entirety, in order and in its proper context is life changing! When you do this, you begin to know and understand the patterns and character of God throughout history, and the Holy Spirit helps you see how it all applies to your modern day situations. If you want to have courageous trust in God despite past disappointments, commit to reading the Bible daily, feeding your spirit (remember we are body, soul and spirit), and not just in snack bites, but in its entirety, as well as in chronological order.

Before their encounter with King Nebuchadnezzar and his threat of death because they refused to bow to his gold image, we are given a glimpse into the prayer life of Shadrach (Hebrew name: Hananiah), Meshach (Hebrew name: Mishael), and Abednego (Hebrew name: Azariah) in an earlier chapter. The Bible tells us in Daniel 2:16-19 (NKJV),

So Daniel went in and asked the king to give him time, that he might tell the king the interpretation. Then Daniel went to his house, and made the decision known to Hananiah, Mishael, and Azariah, his companions, that they might seek mercies from the God of heaven concerning this secret, so that Daniel and his companions might not perish with the rest of the wise men of Babylon. Then the secret was revealed to Daniel in a night vision. So Daniel blessed the God of heaven.

Similar to Daniel, it was natural for Shadrach, Meshach, and Abednego to seek the Lord for mercies and wisdom, as well as to thank and bless Him through prayer. They knew Daniel’s life was at risk when he was asked to tell the king his dream and interpret it too. And yet, instead of complaining about this or moving towards doubt, they depended on God who is always at work even when we cannot see Him at work. Their seeking the Lord in prayer, resulted in Daniel receiving the vision and interpretation needed to not only avoid death, but make a way for him and his companions to have higher positions in Babylon. The key point in this example though is not so much the result of their prayers, as we often place a lot of emphasis on when it comes to the desire to cultivate prayer in our lives. The key point is that Shadrach, Meshach, and Abednego made a choice to seek the Lord even though they were exiled as captives in Babylon, even though Daniel’s life was in danger, and even though there was a king over them that could end their lives in an instant. Through prayer and dependence on the Lord, their ability to courageously trust the Lord despite their circumstances grew. Taking time to seek the Lord, worship Him, and depend on Him through prayer (simply put, through communication with Him) is essential to growing our trust in Him.

Receive the encouragement of trusted friends

While we do not necessarily get to read about their interaction and what they said to each other, Shadrach, Meshach, and Abednego were clearly united in their central devotion to the Lord, in purpose to glorify God, in prayer for each other, and in support of each other. We see this in Daniel 1, when they collectively decided along with Daniel not to defile themselves with the king’s delicacies and wine. They were tested for 10 days, drinking only water and eating only vegetables. It’s good to remember that this was not their normal diet prior to arriving in Babylon, and so we can possibly assume that this test was challenging for them! But aside from knowing their God and seeking Him through prayer, going through the test together was significant, not only in their success, but in their perseverance.

Ecclesiastes 4:9-12 (NKJV) encourages us, describing the value of a friend:

Two are better than one,
Because they have a good reward for their labor.
For if they fall, one will lift up his companion.
But woe to him who is alone when he falls,
For he has no one to help him up.
Again, if two lie down together, they will keep warm;
But how can one be warm alone?
Though one may be overpowered by another, two can withstand him.
And a threefold cord is not quickly broken.

Sometimes having the courage to trust God even though we’ve been disappointed in the past can come from the encouraging words, testimonies and prayers from trusted friends. Our shared experiences and our support of one another especially when we may be struggling in life or in our relationship with God, are vital in seeing us through. Everyone needs 2-3 trusted friends they can lean on and encourage. Personally, I have found my church small group at Coastal Church, also known as my Life Group, to be a great source of encouragement and support among trusted friends. It took time to develop our friendship, but it has been well worth it.

This past year has been personally challenging with two deaths in my family. My grandpa passed away in his care home just as visitation was opening up again – I didn’t get to say goodbye the way I wanted to. Furthermore, my aunt who was like a spiritual mom to me, passed away suddenly miles away in Malaysia. I know I am not alone in experiencing loss, pain, and hardship, as I know many have experienced similar or even greater loss this past year especially during the pandemic. While it’s possible for us to be disappointed at God for all the negative things that has happened, my encouragement to us is this, it’s okay to feel disappointed, but let us make a choice to see things differently, courageously trusting God as Shadrach, Meshach, and Abednego did. We can do this by purposing to know who our God is, cultivating deep worshipful prayer to Him, and receiving the encouragement of trusted friends in our lives.