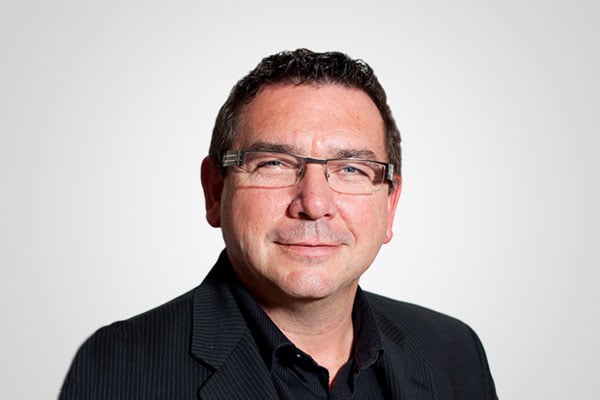 There is an older Gospel song that asks God to open our eyes:

Matthew 15:31 says that the people were amazed when they saw the mute speaking, the crippled made well, the lame walking and the blind seeing. And they praised the God of Israel.

It is an amazing thing to witness the miracles of God. In the book of Isaiah , God speaks a prophetic word foretelling Jesus coming and setting people free. We see the fulfillment of this in the New Testament when the works of Jesus were recorded.  This has not stopped, as some might think, but God continues to heal and continues to touch blind eyes, both physically and figuratively.

Acts 9:1-20 tells the story of Saul, who persecuted the Christian Church, and how God met him on the road to Damascus. There he heard the voice of Jesus and was blinded by a bright light which caused him to fall to the ground. He was told to go into the city and where he would then be told what to do.  The thing that made this a bit difficult for Saul was that he was blinded.  But God had a plan for Saul.  God spoke to one of His disciples, Ananias, and told him to go to Saul and lay hands on him that he might receive his sight.  Understandably, Ananias was leery because of Saul’s reputation for killing and imprisoning believers, but he obeyed God and went and prayed for Saul. He laid hands on Saul and Saul received his sight again and was filled with the Holy Spirit.  Then we read that immediately the scales fell from his eyes and, after he spent some days with the disciples at Damascus, he immediately began to preach in the synagogues that Christ is the Son of God.  His life changed drastically with one touch of God and with the filling by the Holy Spirit.

I am in no way comparing my story with Saul’s story – it was not as dramatic as his – but I do know that with one touch of God, my eyes were open and my life was changed by the infilling of the Holy Spirit.

On August 28, 1976, God opened my eyes.  At the time I had just enough religious knowledge to be dangerous.  One day on my way to work, while driving with some other men, the conversation turned to God and our belief in God.  After about five minutes, trying to put my two cents in, I realized that I was in way over my head with this conversation and I decided to keep quiet and listen.  About one month after hearing of God’s love and acceptance and that He had a plan for my life, I knew that Jesus was real and that I needed to commit my life to Him. I asked Jesus to forgive me and I asked Him into my life.  All of a sudden my eyes were opened to who God is and my life took a drastic change.  When the Holy Spirit came upon me, I knew that there was no turning back from what God had planned for me. A miracle took place, I was once blinded to who and what God was and I began to see and understand more.  I even immediately began to share my faith with others.  Very similarly to Saul, with one touch of the Holy Spirit I knew what God wanted me to do.

My friends at the time did not understand and they drove across Canada to convince me that I was wrong, convinced that they could talk me out of it.  They were not successful.  They could not change what God had done.  The experience was amazing.  God filled me.  He made me replete, He filled me with abundance and completed me fully and abundantly.  As William Safire said, “It is like a book replete with … delicious details”.

From that point on, God began to cram me fully with His goodness, like a net filled with a fresh catch of fish.  He levelled me and filled the hollow hole that was within my being.  For the first time in my life I felt satisfied and God began to show me parts of the task He had for me.

It just took one touch of the Holy Spirit to be filled with all that God had for me.  To be filled with seeds that would develop into fruit that would eventually ripen in me.  Some of that fruit takes longer to ripen but it ripens in the right times so that others can benefit from it.  That fruit is God’s love, joy, peace, which were instantaneous; then there was the long-suffering which ripens a bit slower.  Then goodness, faithfulness, quietness and self control.  This fruit began to ripen within me and I began to grow in the Grace of God.  Over time, God took away the anger, bitterness, loneliness and began to furnish me with what I would need to complete His will in my life.  I look back over 43 years of God filling me, helping me to execute the office He put me into and He has faithfully fulfilled His promises to me.  He has allowed me to influence others for Him.

One touch by the Holy Spirit!  Even the things that God said that I must suffer seemed to be more exciting than fearing what might happen.

To be filled with the Holy Spirit is to be furnished, supplied and to have God accomplish His plans in our lives.  He will give us the boldness and the power to walk with Him.  Acts 2:8 says “But you shall receive power when the Holy Spirit has come upon you: and you shall be witnesses to Me in Jerusalem, and in all Judea and Samaria, and to the end of the earth.”

You are called, receive Jesus today. He wants to open your eyes!