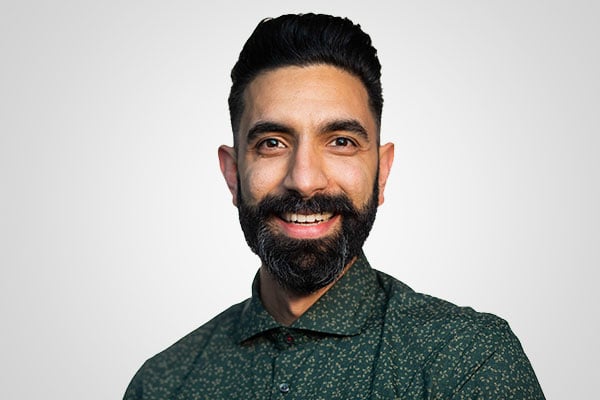 When I think about gentleness, I think about strength under control. The most gentle people in history have not been weak, but strong and influential. Gentleness or meekness are words used interchangeably in the Bible; both are a sign of a godly person. In the New Testament, gentleness is introduced to us by the Apostle Paul in his letter to the Galatians as the fruit of the Holy Spirit (Galatians 5:22-23). It is the Holy Spirit who produces in us the fruit of love, joy, peace, patience, kindness, goodness, faithfulness, gentleness and self-control.

When the fruit of gentleness or meekness is on display it is not a sign of weakness, but a sign of bridled strength. Meekness is produced by God living in us, but it requires our conscious choice and cooperation with His Spirit. We can choose to remain gentle or not. It is power and courage under control, linked with kindness. This principle is found in the original Greek word for meek, πραΰς “praus,” which was used to describe someone who is not overcome by arrogance, anger or aggression.

The bishop of Antioch, Ignatius, was a native Greek speaker and this is how he taught and promoted praus to the Ephesians. While on his way to Rome to face martyrdom around AD 110, he wrote to Christians in Ephesus about their response to those who were persecuting followers of Christ. This is part of what Ignatius wrote concerning gentleness, humility, and non-retaliation towards the enemies of the Church.

Ignatius followed the example of Jesus: the meekest human being to ever walk the earth. Jesus demonstrated His servanthood, humility and gentleness as he washed the feet of His disciples on the night of His betrayal, including the feet of His betrayer, Judas (John 13). He told apostle Peter to put away his sword in the Garden of Gethsemane after he drew his sword and cut off the ear of one of the soldiers who were there to arrest Him. Instead of asking His disciples to defend him from the hands of his enemies, Christ shows an incredible act of strength under control as He commands Peter to put away his sword – and then heals the ear of Malchus the wounded High Priest’s soldier (Luke 22:47-53). Jesus did this because He had already accepted the Father’s will for Him to suffer and die as our substitutionary sacrifice on the Cross (Luke 22:41-44). Then, after Jesus’ false arrest, accusations, trial and bogus sentencing by Pilate and the Jewish leaders, He still continued to show great restraint and gentleness towards His enemies. Imagine the depth of Jesus’ love, meekness and self-control as, “…the governor’s soldiers took Jesus into the Praetorium and gathered the whole company around Him. They stripped Him and put a scarlet robe on Him. And they twisted together a crown of thorns and set it on His head. They put a staff in His right hand and knelt down before Him to mock Him, saying, ‘Hail, King of the Jews!’ Then they spit on Him and took the staff and struck Him on the head repeatedly…” (Matthew 27:27-30) No one truly has greater love, humility and self-control than Christ.

It is impossible to think about what was going through Christ’s mind throughout the week of the Passion. As the Son of God, who was, and is, and will always be the Creator and Sustainer of this universe, He was put on trial by His own creation and accused by His own chosen people – who were supposed to know their God and His Word containing prophecies about their coming Messiah. The perfect, sinless Lamb of God was nailed to the Cross. The mocking did not stop there, but continued for hours more while He suffered upon the cross – from the thieves crucified beside him and by the self-righteous chief priests, scribes, and elders (Matthew 27:39-44). God, who is omnipotent (all-powerful) is seen in Christ as gentle towards evil people.

Are You Tired and Heavy Laden?

So, it is easy to see the depth of Christ’s love, forgiveness and gentleness toward His enemies. Jesus is still offering rest today to all who choose to repent and believe in Him: “…come to me, all who labor and are heavy laden, and I will give you rest. Take my yoke upon you, and learn from me, for I am gentle and lowly in heart, and you will find rest for your souls…” (Matt. 11:28–29). Instead of retaliation and destruction, Christ offers rest to the souls to His enemies. He offers to make us into a new creation, born-again people who can be taught by the Master how to be gentle and humble (2 Corinthians 5:17; John 3:3).

The fact that the One who is fully worthy to be worshipped and obeyed, the One who is most powerful, and who owes humanity nothing would choose to be gentle towards His enemies, then we, as broken people, must surely do the same. But, where do we get this type of self-control and desire to be gentle towards all people, including our enemies who have done us wrong? The answer is found in God Himself. The power to control our strength under tumultuous circumstances and not seek vengeance or retaliation comes from the God who says vengeance is mine (Romans 12:19). Pure gentleness comes from God Himself who gives rest to the weary. Meekness is displayed in Jesus Christ, who was the visible manifestation of the invisible God (Colossians 1:15-20).

According to the Bible, all of us have sinned and fallen short of the glory of God; we have all been enemies of God (Romans 3:23; Colossians 1:21). This means that gentleness shown by God towards humanity is not only a display of His strength under control, but it is also undeserved. Christ is extending to us His undeserved love and kindness. Instead of wrath and punishment, we receive mercy, forgiveness and reconciliation with God through the blood of Jesus shed on the Cross. He took up our pain and bore our suffering. Jesus was pierced for our transgressions, He was crushed for our iniquities; the punishment that brought us peace was laid upon Him (Isaiah 53). The salvation He offers to all who believe cannot be earned or repaid. If you are reading this blog and you do not have a relationship with Jesus Christ then call upon His name and put your trust in Jesus as the Son of God for the forgiveness of your sins and receive the gift of eternal life. Come to Jesus with all of your sins, anger, hurt and anxiety and find rest for your soul and learn from Him, for He is gentle and lowly in heart.